There are a few new Pedal Folk recordings in the making – here is a sneaky peek at one I finished mixing today.

Roll For The Soul in Bristol

How many of you?!

That is a cello on a trailer

End of last gig of tour 5

Back at St Monica’s with Berj

Here are a few shots from the show we did last weekend with Three Cane Whale at Bedales School.

It was a music celebration of Edward Thomas held the night before the annual Edward Thomas symposium. His great and great great grand daughters came along which was amazing.

You can hear some of the tracks we played here – https://soundcloud.com/pedalfolk/sets/this-is-pedal-folk

On stage with Three Cane Whale after Edward Thomas concert

Tim getting in the mood 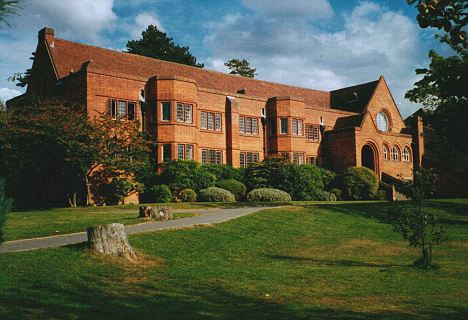 This April ‘Pedal Folk’ loaded up their bicycles with two guitars and a violin and undertook a musical recreation of the 1913 London to Somerset cycle journey made by Edward Thomas in his book ‘In Pursuit Of Spring’.

Their performances include original songs crafted using Thomas’s words and imagery, readings from ‘In Pursuit Of Spring’ and songs and tunes mentioned and loved by Thomas and/or collected in areas he passed through.

‘What an incredible evening. Edward Thomas would have loved it!’ (Emma Craigie – Chair of the Wells Literature Festival)

Fans of ‘Three Cane Whale’ who have poured over their sleeve-notes, will already know that Thomas’s poetry has been a significant inspiration for them. For those of you who don’t yet know this brilliant multi-instrumental Bristol trio (with a line-up including mandolin, harmonium, bowed psaltery, miniature harp, trumpet, and dulcitone), you are in for a treat.

Edward Thomas is one of our country’s unsung literary heroes, whose work deals with themes that still have huge resonance today such as the encroachment of industry and large scale mechanised agriculture into the natural world and the search for traditional values and national heritage during uncertain times. Whilst many contemporary poets and musicians cite him as an influence, his poetry is little known and his prose even less. In 1917 Edward died tragically during the Great War and there is no better time than the present to reignite an interest in his work.

We are super excited to announce that we will be kicking off ‘Pedal Folk V’ at ‘Roll For The Soul‘ in Bristol on Friday October 3rd.

Roll for the Soul is a delightful not-for-profit bike café, workshop and bike shop in the centre of Bristol. Their vision is to become a focal point for cycling in the city, celebrating and supporting every wonderful aspect of our cycling culture and to offer a city centre space where interesting things can happen… Basically, a village hall slap-bang in the middle of Bristol. 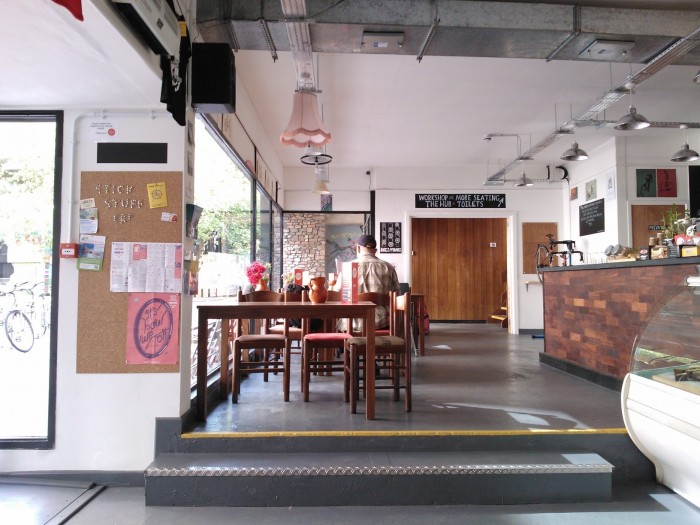 We have also been invited back to The Bell in Bath on Sunday 5th October… now just need to find somewhere lovely for Saturday night.

Just recovering from Pedal Folk IV and we had a nice surprise in the shape of an unexpected and lovely review on the Folk Radio UK website last week.

I have taken the liberty of copying it below, but you should really read it in its full glory on their site – http://www.folkradio.co.uk/2014/06/live-review-pedal-folk-swindon-central-library-30052014/

Swindon exists roughly at the centre of an imaginary cross whose four arms connect four of the most important places in the life of poet Edward Thomas. To the northwest are the Cotswold hills, where he spent time walking and writing with friend and fellow poet Robert Frost. To the southeast is the village of Steep in rural Hampshire where he lived from 1906. East is London, his birthplace, and west are the Quantock hills, the subject he chose for his final book of prose, In Pursuit of Spring.

Swindon was also home to the father of modern nature writing, Richard Jefferies, who was a great early influence on (and subject of a biography by) Thomas. So it is doubly appropriate that Pedal Folk should have chosen the town’s Central Library – home, incidentally, to an extensive collection of Jefferies’ works – as a venue on their In Pursuit of Spring tour.

The premise is fairly simple. Three musicians and their bicycles follow the route taken by Thomas in his book, stopping along the way to perform songs taken from or inspired by it. Of course, traveling by bike does not allow for much in the way of luggage, so the choice of instruments if fairly small – a guitar shared between the project’s joint instigators Tim Graham and Robin Grey, a ukulele and the fiddle of Katie Stone-Lonergan.

But the necessary simplicity in no way limits the range of material on offer. There are jaunty instrumental fiddle tunes (including a stirring Bath Carnival) and lusty shanties (tonight’s rendition of Santy Anna, a song Thomas loved to sing while traveling, gives Paul Clayton’s definitive version a run for its money). There are also a number of original compositions, among them Leaving London, which concludes with a spoken passage of Thomas’ prose. Grey – whose background is in pop rather than folk – emerges as an accomplished songwriter, throwing around cutting couplets and catchy hooks whilst referencing Leonard Cohen, Ani DiFranco and Weezer or eulogising his favourite inner-city vegetable-grower. Graham, more used to the folk circuit, is an excellent interpreter and re-appropriator of songs, with a hearty voice and an uncluttered Bert Jansch-esque guitar style. His spirited, unaccompanied Chiffchaff is one of many highlights, suggesting both the wonder of nature and the tragedy of trench warfare. Stone-Lonergan, who has played with the Proclaimers and west country favourites Port Erin, provides a clean, fizzing fiddle accompaniment and sweet backing vocals.

The trio have an engaging between-song repartee, important in a show like this when a certain amount of background information has to be delivered. Their enjoyment and passion for the subject is obvious and unfeigned, and they take every opportunity to include the audience in the performance, notably in John Ball, a feisty sing-along originally penned by Lord of the Dance writer Sydney Carter. It is the kind of song that thrives in a live setting.

In the folk tradition, nothing evokes the spirit of the great outdoors – and the spirit of the underdog – like a good poaching song. The best – Thorneymoor Woods, The Rufford Park Poachers, Van Diemen’s Land – manage in varying degrees to combine the romance of the sport with a serious message about class distinction and social upheaval, a message that would have appealed to Edward Thomas with his innate distrust of authority. So it is fitting that tonight’s performance ends with a stirring version of one of the best (and best-known) poaching songs, The Lincolnshire Poacher, a rousing favourite that manages to coax some singing out of the shyest quarters of the audience.

“On Saturday my partner and I wended our way our way down to the Mendips – stopping for a windy walk at Priddy Nine Barrows (and a hearty repaste in the Queen Victoria, a Jamaica Inn of a pub, out in the sticks, with its low beams, inglenooks, cauldrons and cast of local ‘characters’) enroute to the Pedal Folk house concert. Pedal Folk are a trio following in the cycle-tracks of the late great poet Edward Thomas*, who cycled from London to the Quantocks in Spring 1913 – a journey he recorded in exquisite detail in his book, In Pursuit of Spring (a favourite of mine). The dedicated folk-cyclists have been recreating his journey – cycling to each venue with all their kit, averaging 30 odd miles a day, negotiating some serious hills, in all weather.

Tonight they were appearing as guests of a pair of most generous hosts who opened up their splendid house to around 30 or 40 people – providing a magnificent spread of food and drink. Pedal Folk (the talented troubadours Tim Graham and Robin Grey alternating on guitar and guitarlele, and the exquisitely skilled Canadian Chance Kellner on violin) performed two sets blending new songs inspired by Thomas’ ride, with songs associated with the places he passed through or stopped, reels and airs, and the odd contemporary song from Robin. It was all very engaging and the trio had a relaxed bonhomie on ‘stage’ – showing the kind of rapport that comes from sharing a journey together (both physical and creative).

What was played of the Thomas material sounded fantastic and I can’t wait to hear the full album (a demo was available on the night). The show felt like a work-in-progress that will no doubt be fine-tuned and added to over the coming months. What gave the whole endeavour authenticity was the fact these lovely folk were cycling all the way. Such an environmentally-friendly initiative deserves to be applauded. I wish them well on their journey – and hope they enjoy a well-earned rest afterwards!”

The lovely Mr Mark Long came to our show in Salisbury and did a spot of filming. Here they are for your viewing pleasure!

We are doing a little return jaunt back from Somerset to Oxford at the end of this month to continue our musical celebration of Edward Thomas and his book ‘In Pursuit Of Spring’.

Super happy to announce that we will be ending the tour at the delightful Story Museum in Oxford on Saturday 31st May at 8pm.

Do come – you can get tickets from here – http://www.oxfordplayhouse.com/ticketsoxford/index.aspx#event=18802 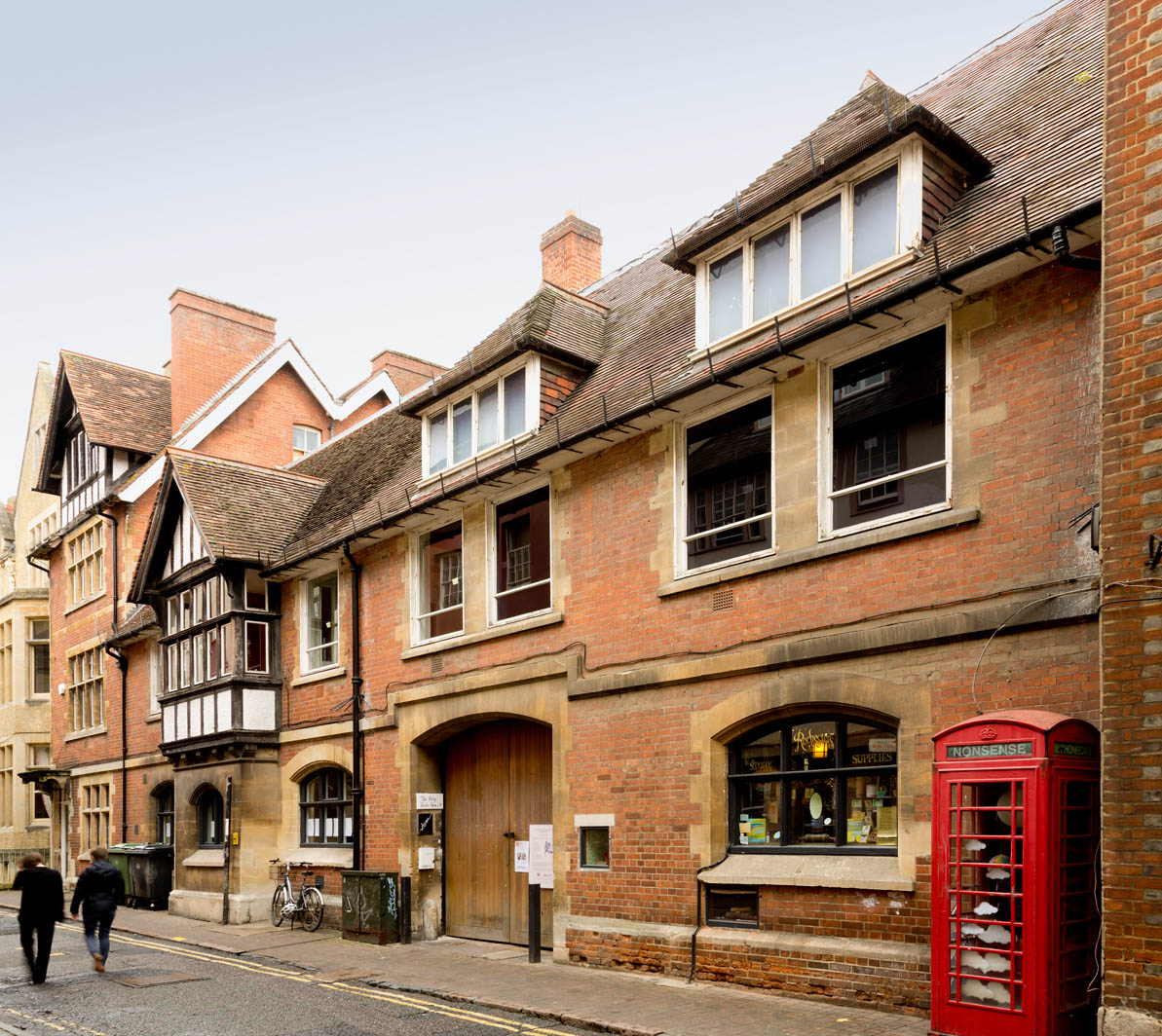 we have been busy as a bee this week getting ready for our tour next week. here are a few musical fruits of our labour to warm up your ears with…